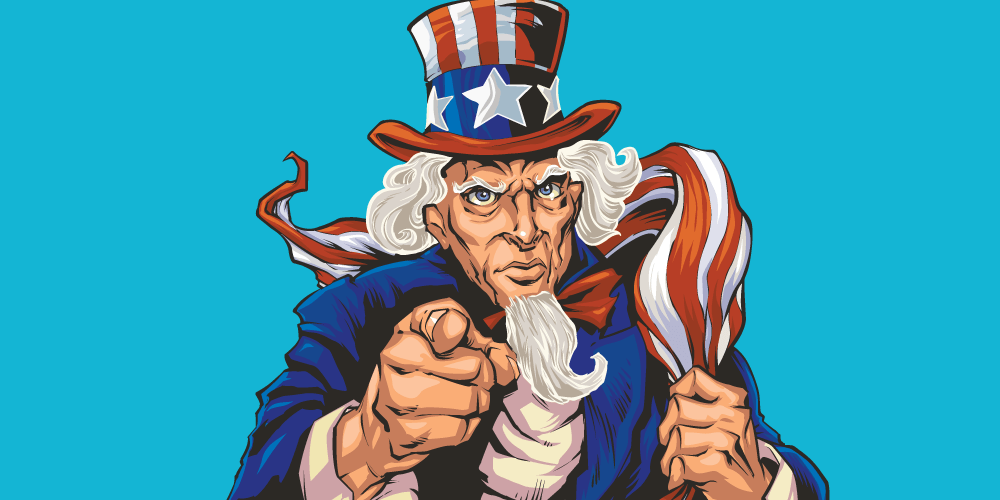 You’re walking down the street on the way to your factory job. You know there’s a war going on and the fear behind that has started to consume your mind more and more lately. You’re worried about your family, your friends, your children, and about what this could mean for your country. You turn to your right and see a poster hanging on a street corner. There’s an older man, clad in patriotic colors with a stoic expression, pointing towards you. At first you’re taken aback, but the longer you stare at it the more you feel like he really is pointing at you. He is America and America wants you.

Though it was made one hundred years ago, the Uncle Sam ‘I Want You’ poster has stood the test of time. It’s still one of the first things you picture when you think of American patriotism today. But did you know that it was technically just one part of a massive ad campaign? 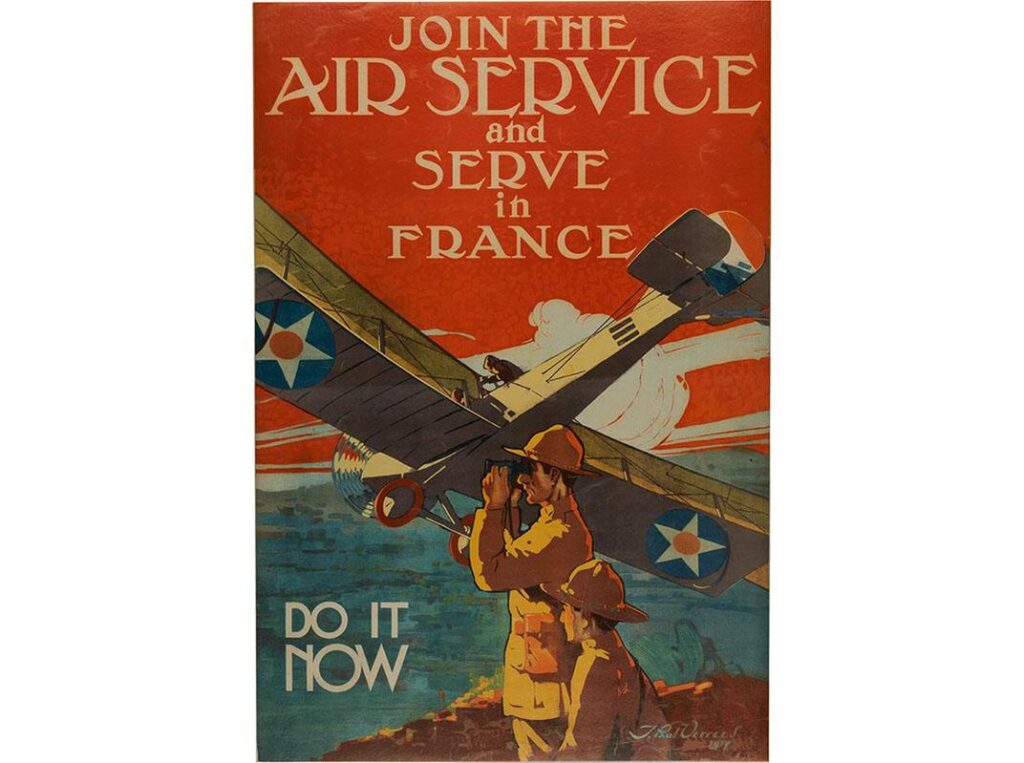 On April 6, 1917 President Woodrow Wilson signed a declaration of war and the United States joined World War I. The problem there was that he had run for his second term under the slogan ‘He kept us out of the war’… yikes. So obviously he had a lot of work to do as far as convincing the American public that he had made the right decision a mere month after he was reelected. To help sell the idea of entering the war to the public, Wilson established the Committee on Public Information.

This committee had several responsibilities, but they established the Division of Pictorial Publicity in order to specifically sway public opinion toward the side of the war. Because this was taking place during the early 1900s, there wasn’t yet the radio and television advertisements that we’re bombarded with today. During this time, illustrations and posters were the primary methods of mass communication with the public. Their goal became to create a series of posters to rally patriotism and inspire American citizens to enlist in the war or to give aid to soldiers, ration, fill gaps in the workforce, etc. The committee tracked down some of the top illustrators of the day and set out to accomplish this goal. 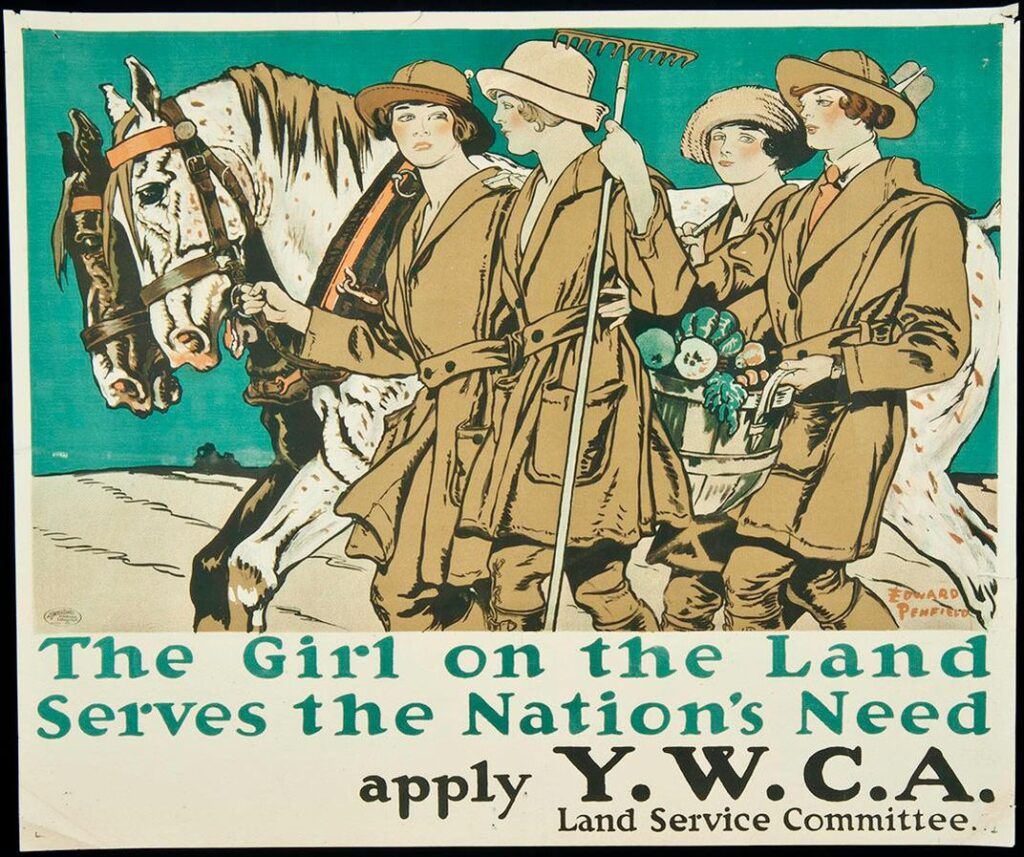 Thus began the massive poster ad campaign across the country, surrounding people with patriotic images in order to sway public opinion. The campaign included several different and lesser-known posters such as “Destroy this Mad Brute- Enlist!” which depicted a raging gorilla in a kaiser’s helmet which appears to come into America and grab a helpless woman.

Another gem from this media storm was one that depicted a woman in a Navy uniform with the caption “Gee! I wish I were a man, I’d join the Navy.” This poster was one of the first instances where they used sensuality to advertise for the armed forces.

There were some more basic examples as well, including one poster which displays two men looking through binoculars with a plane overhead, and the caption reads, “Join the Air Service and serve in France. Do it now!” Slightly aggressive, but any advertising expert knows that sense of urgency created in the last line can really drive people to take the next steps.

And Rosie the Riveter wasn’t the first example of American propaganda attempting to sway the public opinion on women’s roles. A poster by Edward Penfield entitled “The Woman’s Land Army of America” depicts a group of women tending horses and carrying crops. This poster was designed to encourage women to pick up agricultural jobs that were left vacant when men went to war.

Ultimately, however, the most famous poster from this time period is obviously the Uncle Sam ‘I Want You Poster’. This poster was created by James Montgomery Flagg and it was based on a very similarly designed British propaganda poster from 1914. According to Smithsonian’s interview with David D. Miller III, a curator in the division of armed forces history, “That pose was from a sketch of Lord Kitchener, who was the British Secretary of War, who did a similar thing.” 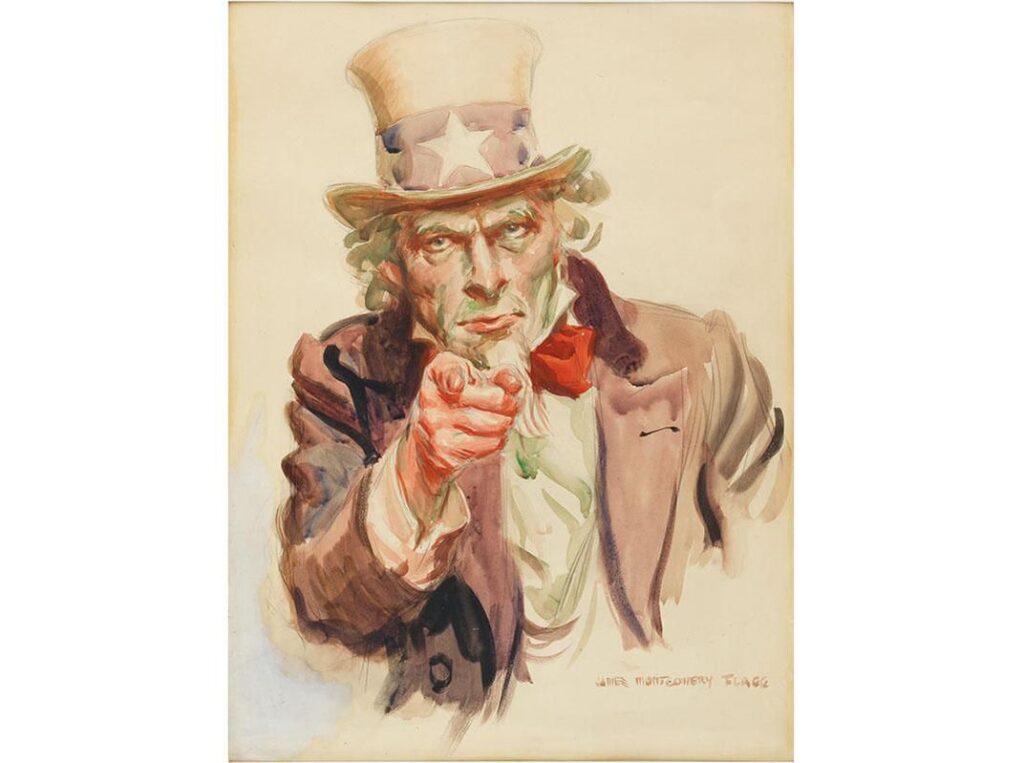 From Propaganda to Patriotism

Although every American has seen this poster and views it as a symbol of our patriotism, ultimately it was just one of many posters created in an advertising campaign. The poster campaign was effective too because (in addition to the 3 million conscripted for service), an additional 2 million men volunteered and $24 billion in war bonds were raised.

According to George Creel, who headed the Committee on Public Information during WWI, the effort was a “vast enterprise in salesmanship.”

In addition, according to David D. Miller III, military ad campaigns haven’t changed much other than the medium, “Sit back and watch a basketball game on TV and you’ll see two or three commercials to join the Army or the Navy or the Air Force. They’re still advertising.” 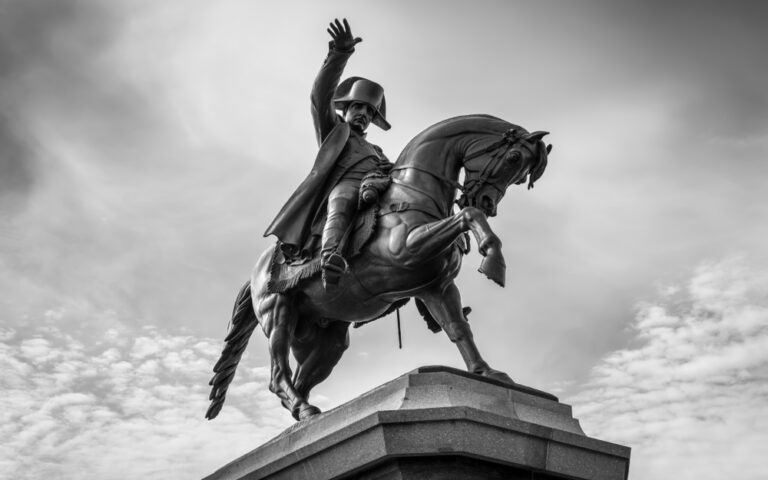