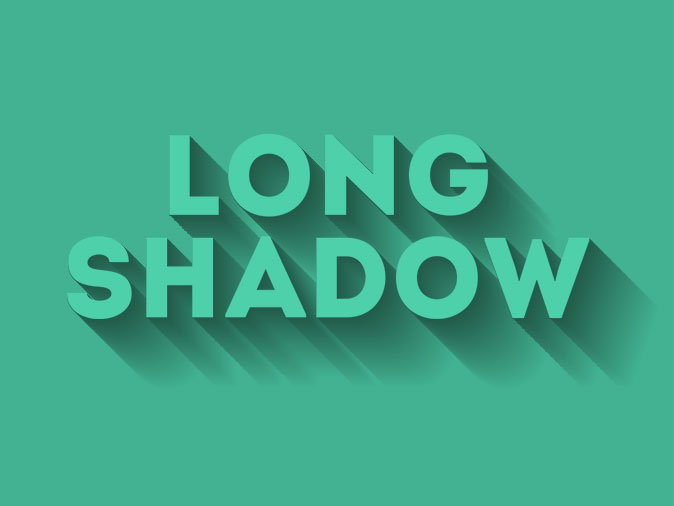 Since the birth of design, trends within it have come and gone. One of the latest trends to arrive is the long shadow. Long shadow is a trend that started immediately after flat design; it adds a 45-degree shadow, which is far more dramatic than a drop shadow to an icon or logo. It is meant to give the icon or logo some depth and be a solution between skeuomorphism, which is making a design concept look like its real-world counterpart (giving a notebook application a simulated leather cover) and flat design.

Some people call it an evolution of flat design, which is an already established, very popular style.

Flat design was created due to responsive design and websites now being viewed on smaller screens such as phones and tablets. Flat design makes the website faster, more functional and is in response to some of the issues that skeuomorphism presents. With more and more people viewing websites on mobile phones, load time is a very important issue since the average person will not stay on a website if it takes more than 4 seconds to load.

Long shadow adds some depth to a flat element, but it presents an issue which is load speed. It is purely added for aesthetic reasons and does not increase usability. However, it does make the page load time slower since it is an extra element, which does have to be loaded. The additional load time may be minimal but every byte counts. Being a web designer, the most important task is to not only make the design fit the content of the website and be aesthetically pleasing, but also be a well-functioning website once live.

Flat design is a design style created out of need. Long shadow is a unique take on design; it should be used sparingly. If long shadow is over used, it will become a nuisance which hinders usability and thus will eventually be abandoned.

Joe Ickes is the Interactive Designer at Flying Cork.