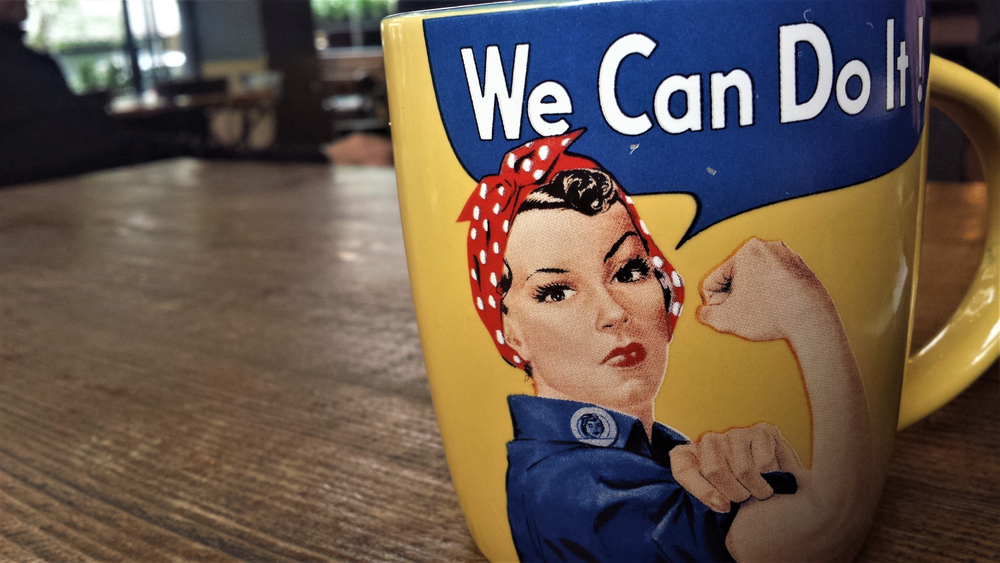 Picture this: A poster of a woman. She has her sleeve rolled up and she’s flexing her muscles, sporting a blue-collar worker’s uniform. A red polka dot bandana dons her head over her brown hair and she has an eyebrow raised, daring anyone to question her place in the workforce. Above her head is a talk bubble that reads, “We Can Do It!”… we all know who we’re talking about now, right? Rosie the Riveter remains a symbol of feminism and equal opportunity for women in the workforce to this day. This symbol, however, started off as a cleverly executed marketing campaign.

There has been much debate throughout history over the identity of Rosie the Riveter. One of the characters at the center of this debate is Geraldine Doyle, who had her picture taken by a news photographer in 1942 at age 17. She was working at a metal-stamping factory at the time in Ann Arbor, Michigan. After the photo was taken, it was said that an artist used that image as inspiration to create the Rosie the Riveter illustration.

Doyle herself wasn’t even aware that the posted existed until the 1980s when she saw it in a magazine and recognized herself. And, even more interestingly, she only worked at the metal-stamping factory for two weeks before quitting the job. She was a cellist and, upon hearing that the woman she was replacing had mangled her hand, she decided she didn’t want to risk mangling her hands in a machine accident. 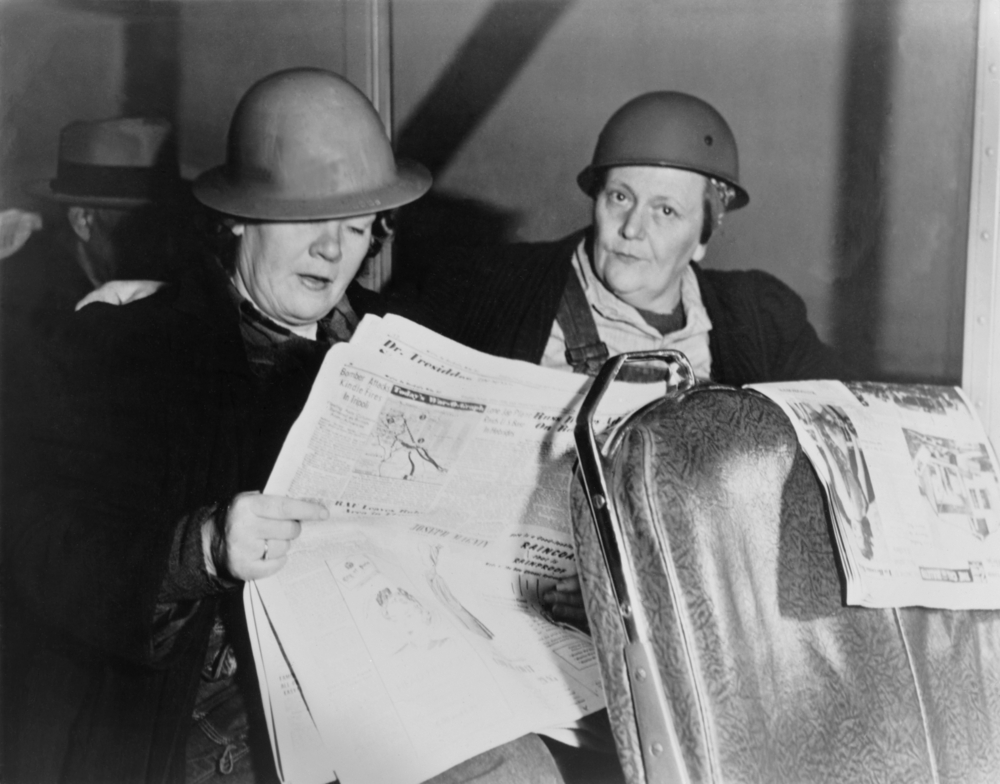 As with many marketing campaigns throughout this series, the approach to this ad was to change cultural perceptions entirely. They needed to alter how society viewed how men and women viewed women’s roles- which was a huge undertaking, to say the least. Creating the character of Rosie the Riveter inspired women to view their roles differently and to pick up jobs that were left empty as men were fighting in the war.

There were other ads at this time that aimed to change perception as well. There were ads geared at housewives, attempting to change their perceptions of their own capabilities stating, “Can you use an electric mixer? If so, you can learn to operate a drill.” There were also ads geared toward husbands, attempting to change their perceptions of what their wives should be allowed to undertake. Ultimately, Rosie was the most influential and the one that stood the test of time.

The ad left quite an impression on society and inspired roughly six million women to work in war jobs from the years of 1942-1945, according to The Atlantic. Though that is no doubt a significant number, there was a total of 18 million women in the workforce over this period (12 million were not new to the workforce). Roughly half of these women were working low-paid jobs prior to the war and the others were rejoining the workforce after being laid off during the depression. Those women were told that men needed the jobs more than they did at the time, even if they were single mothers… yikes. 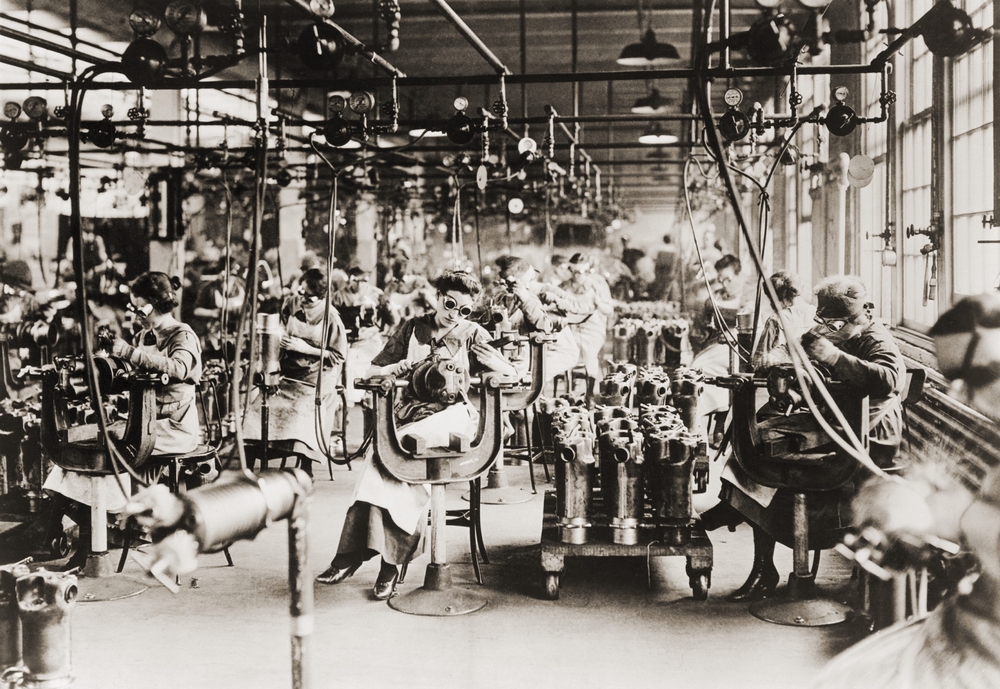 Changing it back again

This is where the story gets dicey. Once the war ended, the women who looked to Rosie as a symbol of self-sufficiency and independence… were then told to give the jobs back to the men returning from the war. Gone were the days of “We can do it!” and back were the ways of “They can do it.” The goal of the entire campaign was to change cultural perceptions for the exact length of time that they needed women to fill jobs, but then for it to change right back as soon as men came home from the war. Well… unfortunately, many women were laid off from their labor jobs once the war had ended, despite the fact that they wanted to continue their work. Thankfully, by the late 1940s, a significant statistical increase had occurred regarding women’s labor force participation. 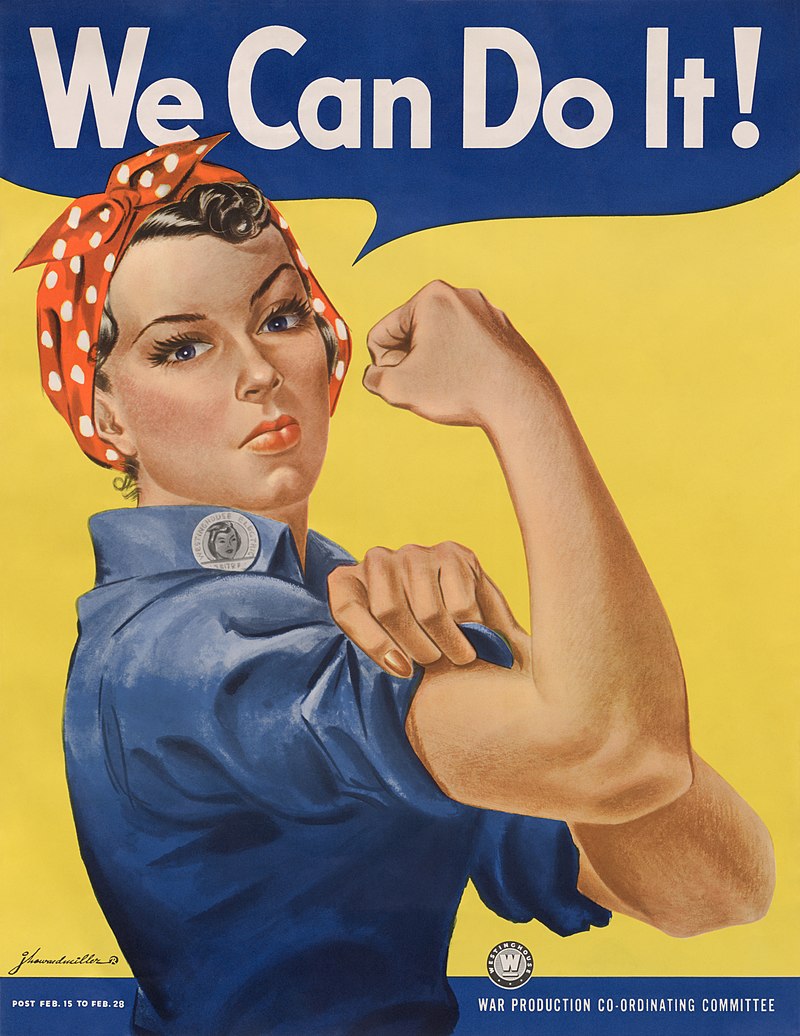 What We Can Learn from Rosie

Advertising and marketing campaigns can be a powerful tool when it comes to changing public opinion. They can cause a cultural shift or societal ideologies to be reversed or pushed forward in positive ways. Though there has been a significant rise in women’s jobs throughout the years following Rosie’s influence, the labor jobs she represented like welding are still hugely underrepresented by women (women make up less than 6% of welders). In addition, women working as actual riveters (or sheet metal workers) is less than 5%.

Perhaps we’re due for a modern Rosie the Riveter campaign, eh?