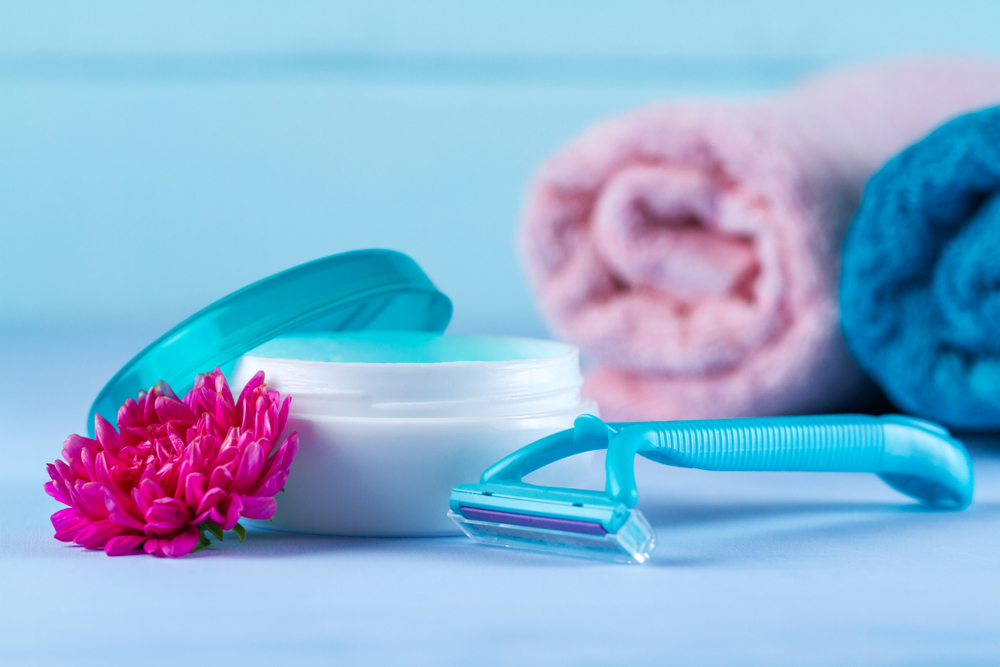 Imagine a world where you’re getting ready for a fun night out with your girlfriends. You’re curling your hair, doing your makeup, and putting on the new dress you bought for the occasion. Just before you leave, you give yourself a once-over to see if anything is amiss. Your legs and armpits are both covered in hair, but in this world that doesn’t phase you at all. You’re not filled with panic or dread, rushing to grab your razor and texting your friends saying you’ll be down in ten. In this world, you look perfect this way.

Luckily, we’re a lot closer to this world than we used to be thanks to the addition of more diverse razor ads such as Billie razor commercials. But we’ve been shamed into shaving for far too long as it is. According to United Press International, it’s estimated that women spend between $10,000 and $23,000 on hair removal over the course of their lifetime. But where did this societal requirement come from? Can you guys see where we’re going with this? We already know what you’re thinking- this is seriously all because of a marketing campaign? OK, where’s my pitchfork? 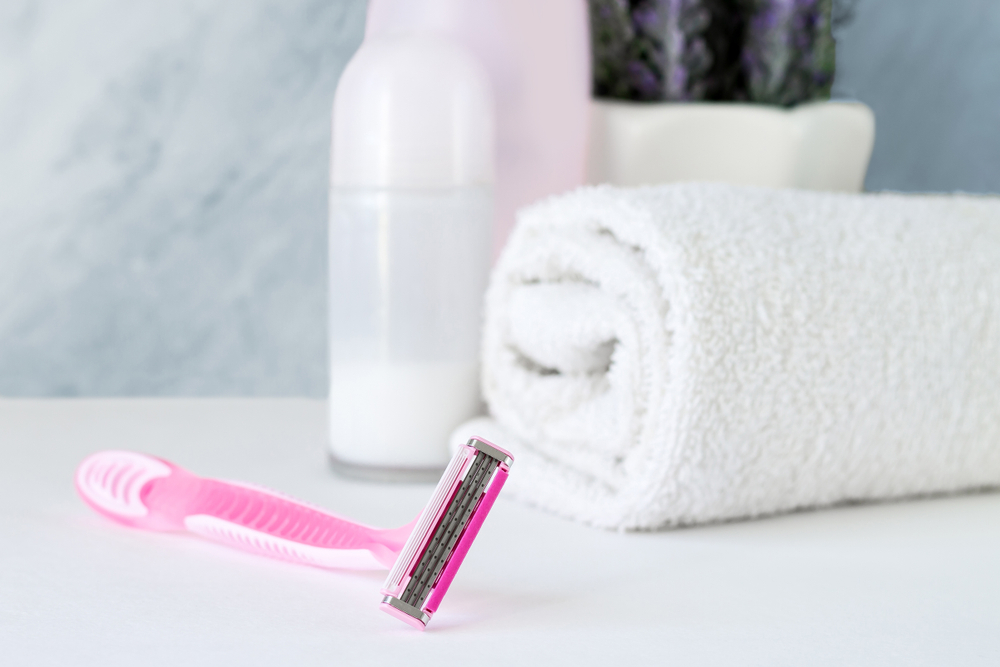 At the beginning of the 20th century, Gillette was already a household name since the invention of the razor and because the U.S. army contracted them to supply a razor to every soldier. But was that enough for King Camp Gillette? No, no it was not. He realized he could double his profits if he could make the razor a household necessity for both men and women. But how could they make women shave? They didn’t have beards like men, what body hair would they need a razor for?

Taking Advantage of a Cultural Shift

During this period, a natural culture shift was beginning to take place. Women were shedding their Victorian ideals and, with that, the fashion began to shift drastically. Ladies were ditching their floor-length conservative dresses and stiff petticoats, instead opting to wear boxy sleeveless dresses. So naturally, if women would be wearing sleeveless dresses, a new area would be publicly exposed- and area that, up until this point, it was perfectly acceptable to have body hair on. Can you see where this is going? 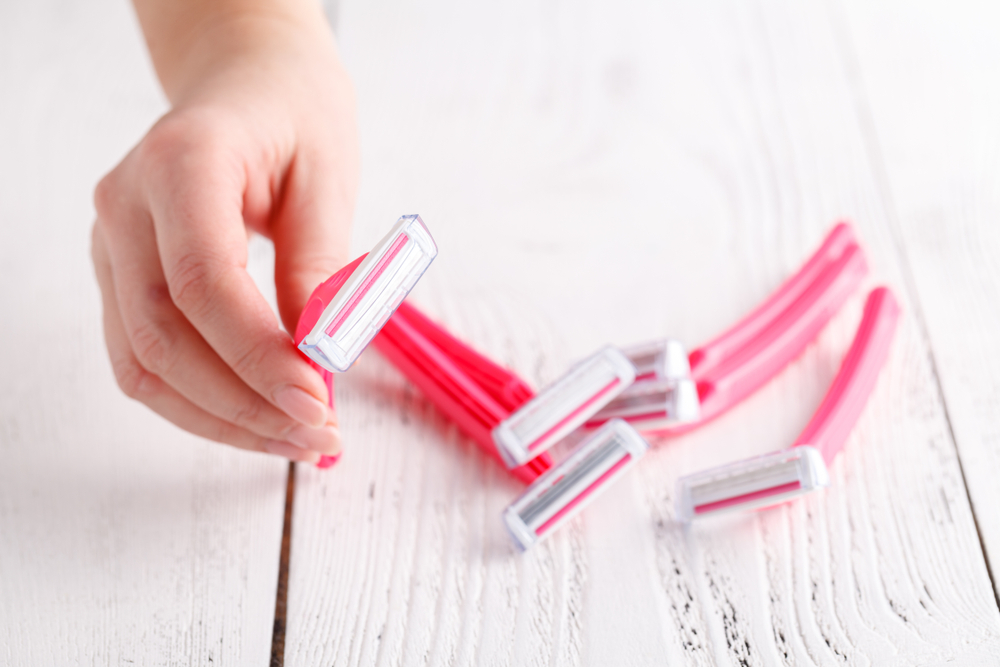 Changing the Perception of Razors

Similarly to our friends at Listerine, Gillette opted to promote their new product through a series of pointed ad campaigns. They created the Milady Décolleté Razor and made it an essential accessory to the latest fashion trends. Gillette made sure their razor ads and/or anti-armpit hair ads appeared in the same magazines as dresses and accessories that were of the latest fashion trends in order to make the two synonymous.

These print ads would tout that the razor was “welcomed by women everywhere- now that a feature of good dressing and good grooming is to keep the underarm white and smooth.” They also claimed that their razor solves, “an embarrassing personal problem.” So, just like we learned from Listerine last time, Gillette was creating both the problem as well as the solution- their product.

Gillette even took it a step further, creating new language to make this entirely fabricated necessity seem more feminine. Since, up until this time, words like “shaving” and “razor” and “blade” were primarily used by men- Gillette worried using this language would feel too masculine and discourage women from purchasing their new product. So they started to use terms like “smoothing” for the ads targeted toward women to make it seem like the version they created for women was a more feminine iteration of the same activity.

OK so, at this point, Gillette already has women buying their razors and we’ve now been forced to start shaving our armpits. But are they done yet? Well, do you have hair on your legs right now? Then you know the answer.

In the 1920s, as dresses began to get shorter, Gillette began to move from just targeting armpit hair to also painting leg hair as equally unacceptable. Unfortunately for them, their second attempt at this wasn’t as successful (at first, anyway). They were strategic in trying to replicate the success they found through using evolving fashion to create sales, but their strategy wasn’t the problem. The problem was that when short dresses came into style, pantyhose also became a staple of high fashion. Women decided they would much rather hide their leg hair beneath these than have to deal with the messiness of shaving their legs regularly (and I mean, who can blame them?). So that was that and women didn’t start shaving their legs on a massive scale… until… 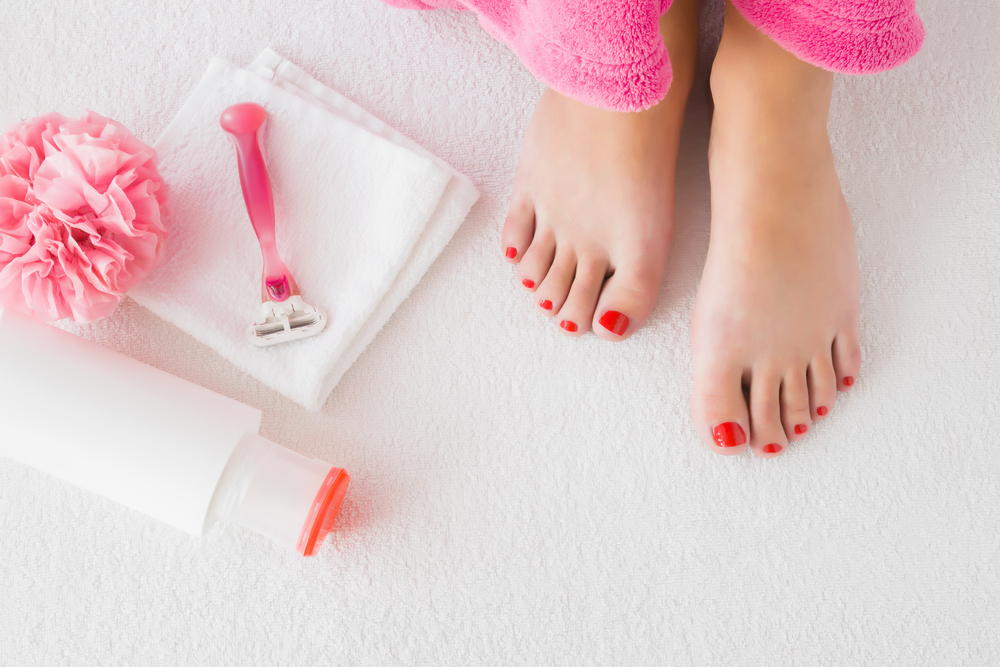 So we managed to resist being shamed into shaving our legs for a few decades- up until the 1940s. All the while, Gillette continued to hammer into our brains that we shouldn’t be showing off our leg hair in public. But we had our stockings so we were covered, right (literally)? Well, during this decade, there was a huge shortage of nylon and silk. These materials were needed to make war uniforms and parachutes, so women had to resort to wearing ‘liquid stockings’ which were thick tinted lotions that created the illusion of fabric. And, unfortunately for history, this method didn’t work as well as just shaving our legs.

In addition to the depletion of proper materials, this was the decade where pinup girls became popular. These depictions of women with shaved legs and scantily clad outfits not only became a sign of attractiveness, but also of patriotism. Making yourself look beautiful like these women became a patriotic duty in order to keep up the morale of the troops. First of all, yikes. But second and sadly, it worked.

All that goes to say that, very obviously, these cultural shifts that the war caused worked pretty effortlessly in Gillette’s favor. Suddenly, not only were women expected to shave their armpits, but clean-shaven legs became the next big thing. And these expectations have stayed with us throughout the subsequent decades, often in the form of equally pointed ad campaigns continually shaming women for their natural body hair. It can be hard not to be a little resentful when learning the roots behind these societal expectations, but we can learn from Gillette’s success. As marketers, Gillette’s story teaches us that not only can inventing a problem be an effective method of selling a product, but also that sometimes a natural shift in culture or fashion can give you an in with consumers- you just have to keep your eyes open and be creative.