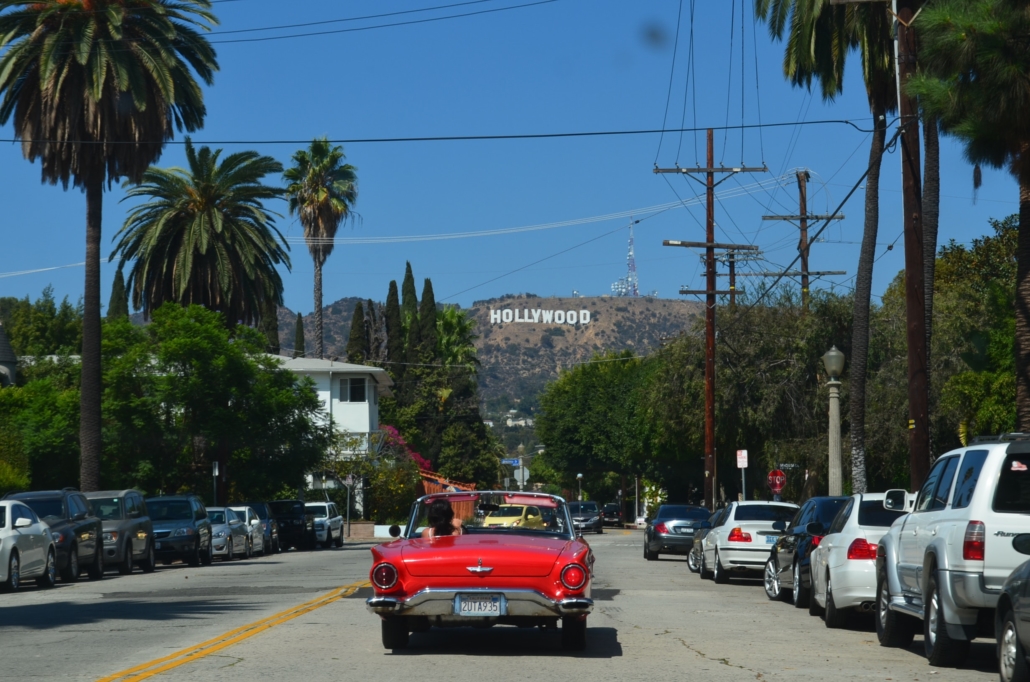 In this series, we’re going to explore marketing and advertising campaigns that changed America and put certain products and ideas into our homes and heads. Some will surprise you, some will make you go “OHHHH,” but one thing is guaranteed – you probably didn’t know that they all started with a marketing strategy. This month we explore how the Hollywood Sign went from advertisement to landmark.

America’s famous landmarks may not be as architecturally stunning as the Taj Mahal or full of rich and ancient history like Stonehenge, but we play the game with the cards we are given. And one of those cards is the Hollywood sign in Los Angeles, California.

What started off as an expertly placed advertisement has grown into a spot on every tourist clad in socks with sandals, fanny packs, and visors’ must-see attractions list. 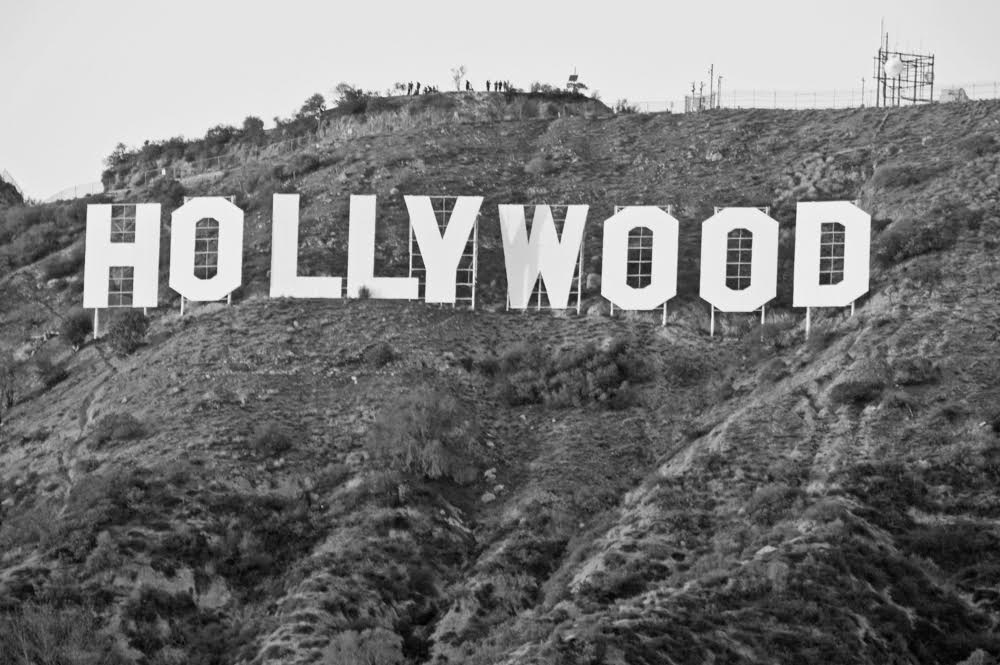 “What? The Hollywood sign started off as… a glorified billboard?”

Yes, it did. And its journey from advertisement to one of the nation’s most recognizable landmarks was a long and kind of sad one.

In 1923, the then “Hollywoodland” sign was erected after being built by the Los Angeles Times publisher Harry Chandler. Chandler built the sign to bring attention to his new, upscale real estate development with the same name.

The brightly lit sign was originally only supposed to last a year and a half in Hollywood, but the state of international affairs had other ideas. World War II sent Hollywood from producing extravagant pictures for the big screen to transporting supplies and housing returned soldiers. Alas, the Hollywoodland Real Estate Development had gone belly-up as a result of the Great Depression a few years prior.

While the billboard, which had been unmaintained for a few years but was still standing after being abandoned by its original purpose, became city property in 1944, it had to wait a little longer to get the proper monument makeover. And for that, we can thank the silver screen.

We don’t think much about televisions. Most of us weren’t alive when they first became a staple of the American home – unless you’re my grandma, who isn’t reading this because she doesn’t have a computer. But their effect on Hollywood changed the face of the star-studded valley forever.

As televisions became more common, Hollywood had a transition to go through. Studio lots that had been abandoned by filmmakers were quickly snatched up by TV companies, and by the 1950s more television shows were being filmed than movies in Hollywood. In order to match this transitory stage, the Hollywoodland sign, as it was still known, needed a makeover.

In 1949, the Hollywood Chamber of Commerce removed the “-land” and fixed the H, which had crumpled either as a sign of the deterioration of an old billboard or as a grand metaphor for the state of Hollywood (you decide), and was presented to the world as the iconic sign that we know it as today.

But, like the inevitable twist in an M. Night Shyamalan movie, that wasn’t the happy ending for the sign. Through the years, the weather gave some wear-and-tear to the newly anointed monument, and by the 1960s it was, once again, in a state of rust and decay.

Is there no hope for the Hollywood sign? Was it destined to live a life of being restored only to be destroyed again and again and again? It sure started to feel that way. Especially after some “clever” pranksters altered the O’s in 1973 to spell out H-O-L-L-Y-W-E-E-D.

In the late 70s, the Hollywood Chamber of Commerce decided it was best to just rebuild the entire sign than it was to attempt to save the now rotting mass of letters. And like most things in Southern California, it was not going to be cheap. With a price tag of $250,000 (which, adjusted for inflation, comes out to about $1.05 million in today’s standards) the hunt was on for how to acquire the funds.

Rock band Fleetwood Mac offered to hold a charity concert in 1977, but locals turned it down. So, Hugh Hefner, founder of Playboy Magazine, decided the next year to hold a gala fundraiser at the Playboy Mansion. Letters of the sign were auctioned off at $27,700 a letter, with stars like Alice Cooper purchasing the “O” and Andy Williams “W,”  the sign rebuild was funded.

Where are they now? 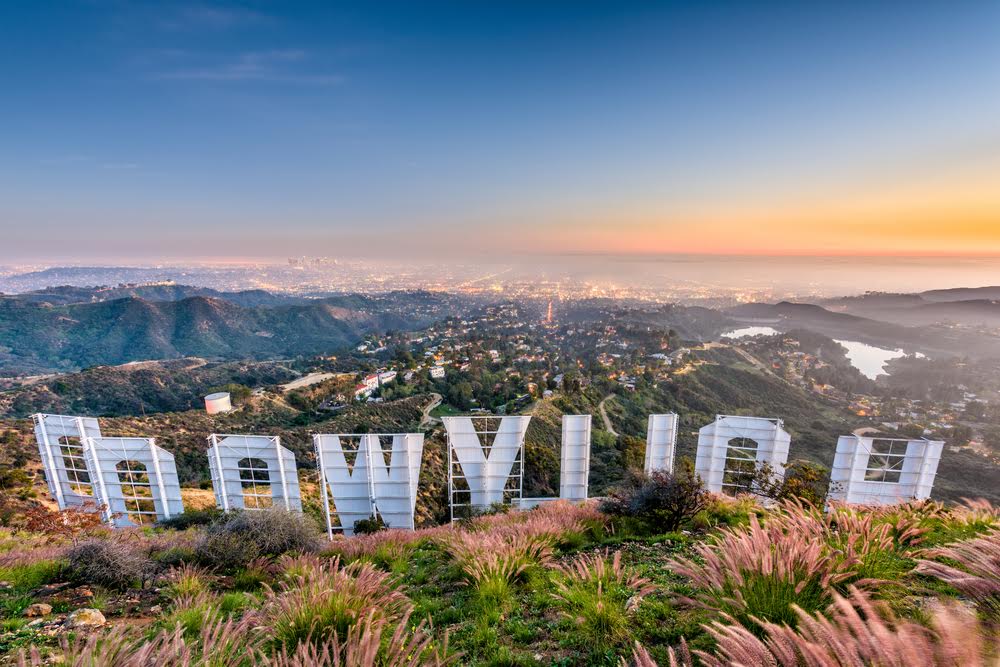 So, what’s up with the sign nowadays? It got a few paint jobs here and there in the 90s, got itself on the list of iconic monuments around the world, and, in 2000, was outfitted with a state-of-the-art security system that’s running 24/7 and can even be viewed on the internet here.

The Hollywood sign seemed to reflect Hollywood’s current state, matching its highs and lows. Which is why it’s revitalization is said to have been the marking of the current growth period Hollywood is experiencing today.

And to think, all of that for a sign that was originally used to advertise a housing development that went under over 50 years ago. Not bad for a glorified billboard.