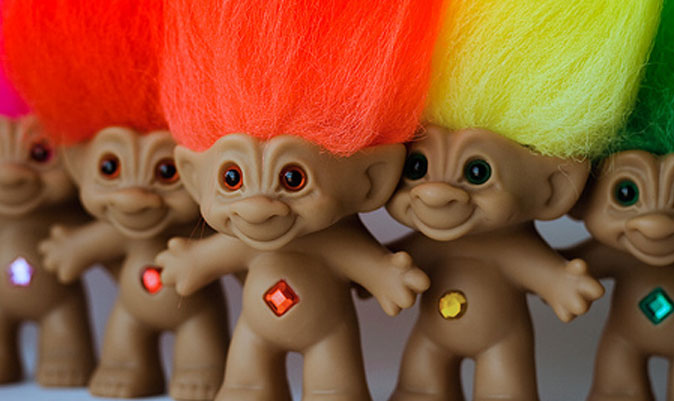 This is the very true and bizarre conclusion to an actual series of events here at Flying Cork. For the sake of covering everyone’s ass, I will not call out anyone unduly or reward anyone with unearned SEO discovery. I’ve also changed the names of some of the companies involved (they are bold). This distinction is important because EVERYTHING else is true. Every word. All the names, numbers and weird little tidbits are real.

The story so far: Flying Cork found out someone had stolen our site. Google Analytics was helpful. We learned who was responsible for the theft. Let’s rejoin the story – just moments after I spoke to the ‘owner’ of thatsite.

At 4:58pm I received a phone call from a “Richard” who claimed to have found a link on Twitter, that promised some sort of media buy coupon. It was very odd considering he said he had called a (516) number. But that number had somehow reached my personal (724) number. “Richard” indicated that he was interested in doing business and would call back.

When asked for a contact number, he gave the following:

, which is registered somewhere in Derby CT; however, he was calling me from a Bakersville, CA number

. The problem is … it’s a spoofed number. “Richard” wanted to express his frustration at being misled between the two sites. I took his info and thanked him for the call.

Then it got REALLY weird…

Moments later, at 5:06pm, my phone rang again. This time from

, which was the same phone number associated with Roger Dowd, the domain contact. Only it wasn’t Roger this time. It was “MR. ODIN WELLINGTON” himself. He took the aggressive stance – parroting the previous concerns and wishes I had expressed to Roger. (i.e., take the site down or else). The thing that made it awesomely weird – Odin had a Southern accent. In my mind, I was picturing a sweaty, adolescent version of Yosemite Sam.

I tried to explain to him that I grew up in the old days of hacking. We used real phones back then. (That’s analog, ya little whippersnappers!). I asked him to please, please acknowledge the fact that he had been busted and drop the accent. But no dice. After several failed attempts to ask him to drop the whole gag – I just went with it.

Odin went on the claim:

This is when things really got fun. I tried my best to keep him talking. I wanted to get as much information as I could. At one point it struck me, there was no way I could invent all these details. This was pure comedy gold. It was at this moment that the idea for this multi-part blog story struck me.

So what else? I learned that Odin was from Texas. He owned several horses and was a “pulled-up by my bootstraps” self-made man who didn’t appreciate us stealing from him. ok… yeah. He repeatedly resisted when I asked him to look directly at the source code on the homepage of his supposed site.

Several times, I asked him for his legal contact so that I could pass along all information to the appropriate people. He wouldn’t give up that information. At this point, I began to suspect that I was dealing with a single individual. All three calls. Same voice. Same guy. So, I requested that any further correspondence he wished to send to Flying Cork should be submitted through the Flying Cork site form. I didn’t hold my breath for that to happen. Time to file a DMCA takedown notice to the hosting company of the fake site, thatsite.

Realizing that this was going to require a more direct approach, I drafted a DMCA notice of my own referring a great deal on some useful online sources. My father was a big proponent of keeping copies of everything legal and I’m glad I thought of him in this case. I saved that simple text doc to make sure I had a record of everything that I had entered in the form. I visited the host of thatsite, who I’ll call… TRIPLE0. I found the “Contact/Report Abuse” page (Their title, not mine) and I filled out the simplistic form, including my DMCA draft notice. This is how the first Monday of my career at Flying Cork went.

Well… damn. That was different. I couldn’t make that up even if I wanted. But I do respect our troll for one thing – he never cracked. Not once. Tune in tomorrow for Part 3 of Flying Cork’s reaction to plagiarism. Same bat-time. Same bat-channel.