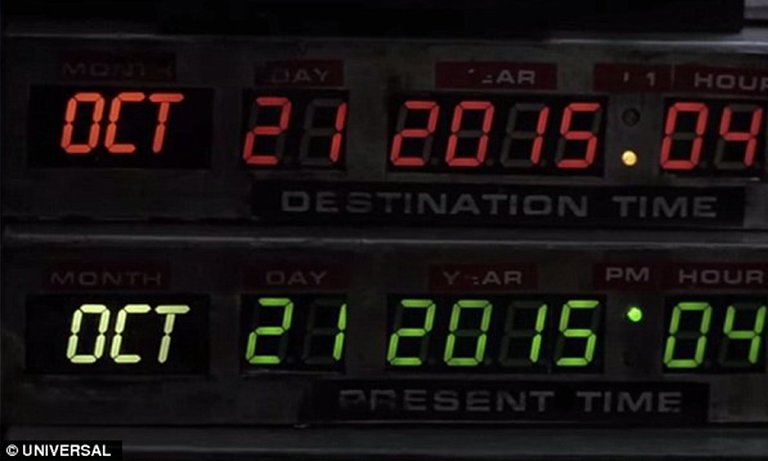 October 21, 2015. Does this date ring a bell to you? Hello, McFly! Today is Back To The Future Day, a.k.a. the day that Marty McFly and Doc traveled to the future in Back to the Future II! Feeling old yet?

Though it may seem hard to believe, what the ‘80s viewed as the future is now. So we decided to honor the day by taking a quick spin back in tiiii-me to see how well they predicted what 2015 would look like, especially in the digital world we’re immersed in.

We have the keys in the ignition of the DeLorean, so hold on to your hoverboards people, Flying Cork’s going Back to the Future! Cue the Huey Lewis.

By George, I Think They’ve Got It!

Amazingly enough, the movie actually foreshadowed some of the current trends:

So Close, Yet So Far Away

But just as they foreshadowed of what we see today, Back to the Future II definitely had a few misses.

The Big Elephant Shark in the Room

Now, since we are a digital and interactive agency, it’s only right that we spend some time on the famous Jaws 19 billboard scene:

Looks like 1989 thought advertising was going to go digital in 2015. Obviously, not so far from the truth! Although the holographic Jaws 19 leaping off the billboard was a little farfetched, at its core was a fundamental idea regarding the importance of digital advertising today.

The digital marketing age that was foreshadowed in Back to the Future II is now. Today, agencies like Flying Cork help companies virtually leap off the screen to grab the attention of consumers. Granted, we’re not creating virtual biting sharks (yet!), but we’re enabling companies to be more precise than ever before – no more mass outreach for a minuscule return.

Our digital media buying team disrupts the traditional plane by researching and customizing the right blend of paid search, display placements, third-party lead gen social media opportunities and more for each individual client and their customers.